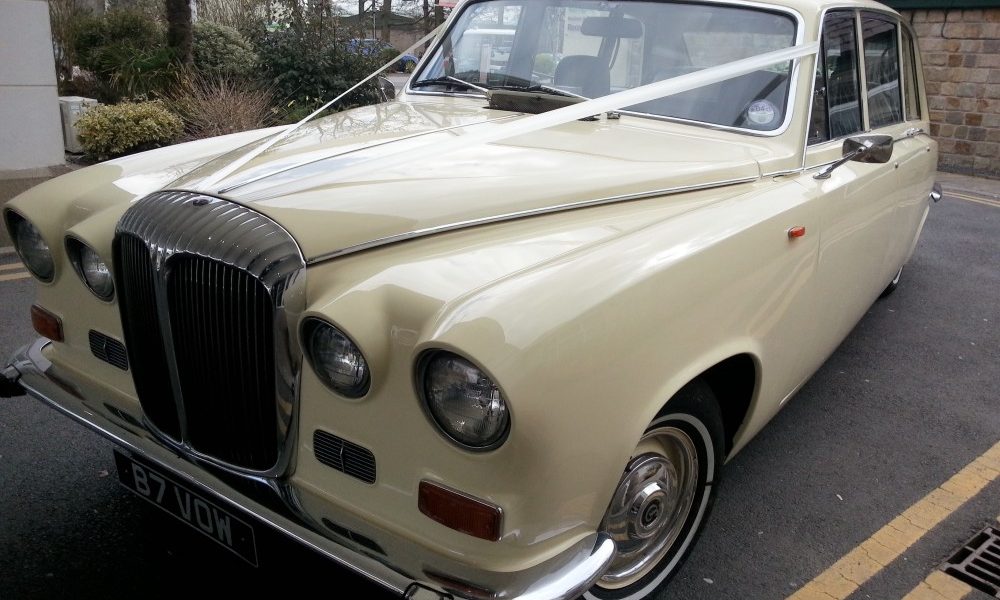 The Daimler DS420 Limousine (as it is known) was built between 1968 and 1992, capable of carrying up to 7 passengers, over 4000 were buit in its 24 year span, some where state Limousines such as used by our Royal Family. We purchased ours from Jim Watt WBC world champion boxer 1979 to 1981 . This is a Beautiful Bridal car with 7 seats, or makes a superb additional car to our 1955 Bentley S1, both cars are finished in Matching cream paint with identical cream and green interiors.

The Daimler DS420 was produced between 1968–1992 and through its long and illustrious lifetime only 4116 were ever produced.

Out of the surviving vintage cars:-

3 are owned by the Royal Family

3 are owned by the Danish Royal Family

Many are used by world embassies.

We recommend that our Classic Wedding Cars be viewed by appointment so that couples can see the high quality of the vehicles on offer.